Last year I realised that I was consistently making sales for paperback versions of my Free Rein books through Amazon. At that stage, only the first two paperback books were for sale although I had the next four available in paperbacks through Lulu, a print on demand company. I tend to release Kindle versions first, as an electronic version appears to be quicker to make available once I am happy with formatting – organising print copies and ensuring the covers work well is a longer process before releasing paperbacks for sale. 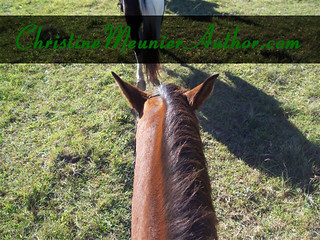 In January I received a payment from Lulu (based on Lulu and Amazon sales) that was larger than anticipated – this was exciting! When I actually took the time to look at the numbers, I was amazed to find that just over 100 Free Rein books had been purchased over the month of December – whoo!

This feels like a wonderful achievement and I’m excited to think about the number of children that could be impacted through reading this series.  Awesome 🙂